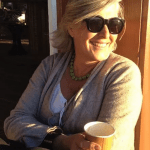 Jane has worked in education for nearly forty years in various positions. She has also worked as an actor for TV, film and stage.

However, Jane has now turned her hand to writing and has written three feature films. Her first film script is based on the autobiography written by vaudeville jazz singer Pat Thompson. The second film script is called ‘Collision,’ and looks at unusual family groupings and the bond that glues them together. The third in the form of a treatment was written for the South African Production Co. Giant Films. It is based on the book, ‘The Elephant Whisperer,’ and is about Lawrence Anthony’s positive connection with a renegade herd of elephants.

Film credits include – ‘Potoroo Blues,’ a short film created by Jane working with a group of marginalised youth.

Jane has just published her first children’s picture book, ‘Charley Goes Out,’ which is part of a series called, ‘Charley the Cheeky Echidna.’ She is also part way through turning her travel blogs into a novel and working with English composer Andrew Brewis to turn the 1922 book ‘Enchanted April,’ into a Stage Musical. 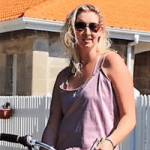 Chimene graduated from Eckerd College, St Petersburg, FL, in 2007 after spending four years there on a basketball scholarship. She graduated with honours in Visual Arts. Since then she has continued to draw and paint with ongoing commissions. This is her first children’s book working as an illustrator.

Chimene has a passion for nature and animals and is excited to be able to contribute to the Charley the Cheeky Echidna Series. Along with drawing and painting Chimene also enjoys photography, branding and marketing and is the founder of Wilde Collaborative (wildecollaborative.com.au).

She is also passionate about travel and the synchronicity of yoga and paddle boarding. So combining all the above with FODMAP eating, Chimene is able to offer an overall sublime experience in sometimes exotic but always lovely locations. Check out her site (wilderetreats.com.au).